WAYWARD HOME
Inspired by Noah's Ark and migration stories, ﻿WAYWARD HOME is a musical folktale about a family forced to begin again. Through original folk music and fantastical storytelling, a trio of performers untangle a universal tale of love, loss, and rebirth, and delve into the heart of the question "How do we keep going when the world turns upside down?"​ 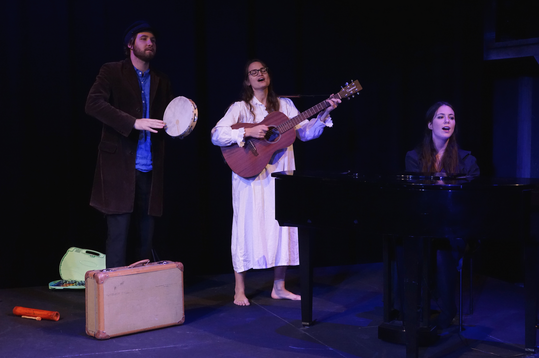 Most recently, WAYWARD HOME was selected for the Swedish workshop program Musikalplattform in May 2020, at Spira, Jönköping, in partnership with Wermland Opera, Östgötateatern, HSM Göteborg. The show was translated to Swedish and was performed as a shortened reading/concert at Västmanlands Teater and Länsteatern på Gotland in 2019. ​Previously, it toured the Northeastern US in 2018, starting with a production at Main Street Arts, VT. It previously had a winter artist residency at Opera House Arts at The Stonington Opera House, ME, in January of 2017. The show premiered as the fall musical at Hubbard Hall Center for the Arts, NY, 2015. There, it also toured to local schools, nursing homes, and rehabilitation centers, as well as the Stella Adler Studio of Acting in NYC. It had been workshopped in the 2014 Winter Carnival of New Work, where it was selected for a residency and further development on the Mainstage.

Shortly after graduating from NYU Tisch Drama in 2013, Strauch and Scarpa began creating WAYWARD HOME. They've collaborated mostly transatlantically,  which has contributed to the story's themes of distance and connection. 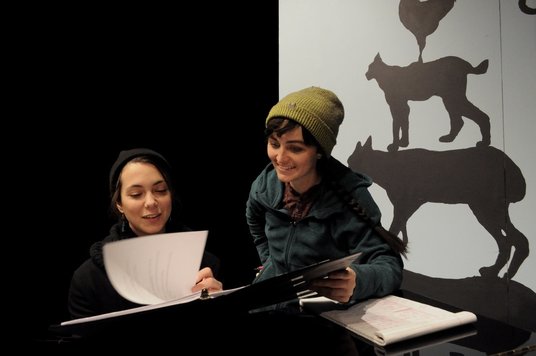